India is one of the oldest civilizations in the world with its rich, diverse cultural history and an abode to several races and religions. Undoubtedly, it has always been a cornucopia of architectural studies throughout history due to its magnanimity and artistic creations.

Whenever a new race or culture entered the country whether they were the Mughals or the Portuguese, they shared their architectural history with us and it has impacted Indian architecture and art. Therefore, one can see different types of architecture such as monuments, baroques, and modernistic buildings that echo art from the era they were from.

Live every other form of art, architecture has also evolved and today we have some of the fanciest looking buildings in our cities, which might make us wonder how did we get here and how many types of architecture are actually in India? Let’s jump right in and find out.

Types of Architecture in India Temple architecture has been present all over the country since ancient times. Across the country, you’ll see different styles of temple architecture mainly due to ethnic, geographical, racial, climatic, historical, and linguistic diversities. Ancient Indian temples have mainly three types: Nagara or Northern style, Vesara or mixed style, and Dravida or the southern style (more on these later). Other than these, Kerala, Himalayan, and Bengal also have their unique regional temple architectural styles. The Mughals first came to India in 1526 and since then Indian architecture has had an influence of Mughal architecture in various parts of the country. Mughal architecture is a mix of different types of architecture mainly Islamic, Indian and Persian styles and it flourished well in the Indian subcontinent. The Mughal era gave some of the finest structures to the country such as Red Fort in Delhi, Taj Mahal in Agra, Akbar’s Tomb, Humayun’s Tomb, and many more. From all the different types of architectural styles in India, the Dravidian style is one of the most stunning to look at. It emerged in the South Indian subcontinent thousands of years ago. Built by the Dravidian people, this architecture style mainly has pyramid-shaped temples named Kovils (a Tamil term). The Kovils are made from carved stones and have a design that resembles steps containing statues of deities, kings, warriors, and dancers. 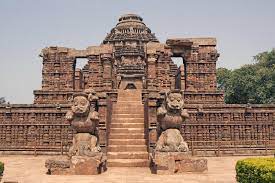 The Kalinga style of architecture flourished in the ancient Kalinga region mainly in the eastern state of Odisha and northern parts of Andhra Pradesh. This type of architecture is classified into three main categories namely, Khakhara Deula, Rekha Deula, and Midha Deula. A typical Kalinga temple’s design includes historical connotations, architectural stipulations, and iconography. The aim behind constructing these temples is to honour their customs, traditions, and connected legends. The Sikh style of architecture has gained traction on a global scale with its exquisite intricacy, austere beauty, the value of progressiveness, and coherent flowing lines. This is one of the architectural styles that evolved owing to its progressive style of modernism. The highlight of Sikh architecture is its unique combination of beautiful curves and straight lines. 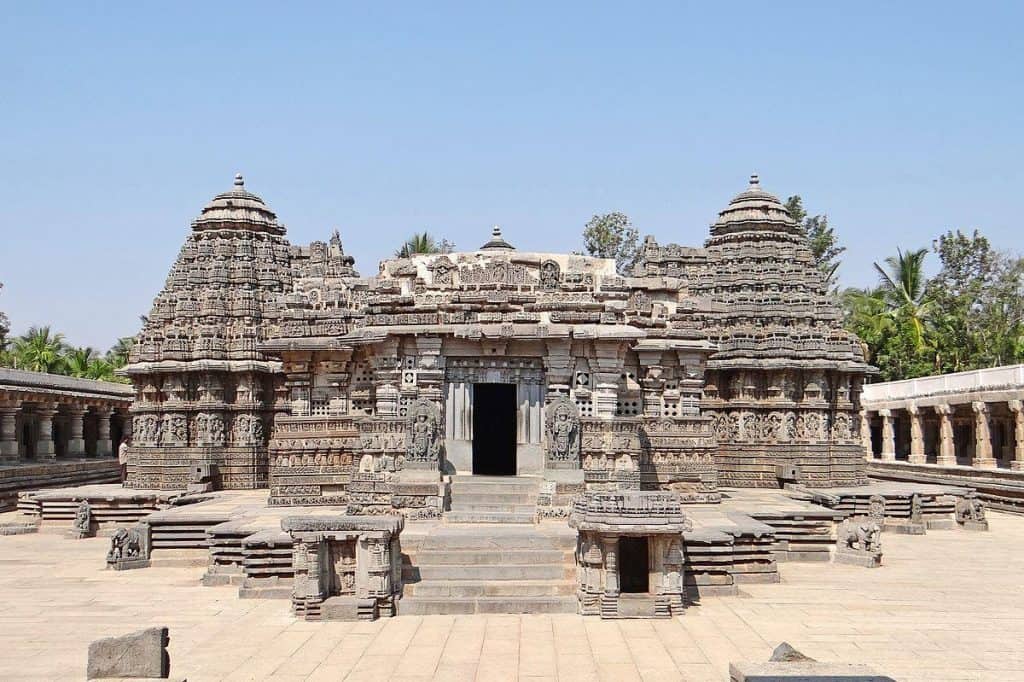 In the Vernacular architectural style, local builders use traditional building methods to build informal structures. This type of architecture is not only famous in India but around the world. The design in Indian Vernacular architecture reflects the diversity of India’s climate and depends on locally available building materials. In the mountainous countryside where rubble, rocks, ashlar, and other types of stones are available, mud or cement is used to piece them together to form walls. Oftentimes, rafters and wood beams are used along with slate tiles for roofing, which is slanted to deal with the rainy season. Cave architecture or Indian Rock-cut architecture began in the third century BC and is found more in India than in any other country in the world. It is one of the most impressive pieces of ancient Indian architecture.  In Rock-cut architecture, the architect or the carver creates a structure by carving out a single piece of a huge rock. Cave architecture is mostly religious and was mainly used by Jain monks and Buddhists as a place of worship and residence as rocks are very durable. A couple of examples of these architectural styles are the Viharas of Buddhists and Chaityas. In a few places, wooden beams were used to reinforce the structure. Some of the earliest caves include the Karla Caves, the Kanheri Caves, Bhaja Caves, Ajanta Caves.

In present-day India, we are on our way to creating smart and sustainable cities. Still, the challenges of basic town planning, infrastructure, and sanitation prevail and the architecture industry can help overcome these challenges.

Modern Indian architecture came into existence in the year India after independence, in 1947. A few years passed but there wasn’t much progress in the Indian field of architecture until the Swiss-French architect Le Corbusier designed the city of Chandigarh in 1950.

Coming back to the problem at hand, an increasing population is driving a greater requirement of housing spaces. This, along with the lack of basic infrastructure in most small to medium-sized cities, is creating huge architectural opportunities in India and is also drawing foreign architectural firms into the country. As these firms have started working in India, the effects of globalisation or western architecture such as the concept of large glass windows and designer-shaped buildings are clearly visible in Indian architecture.

Seeing the Forest for the Trees

As discussed earlier, major cities have a growing housing issue and small cities are lacking infrastructure. Therefore, smaller cities with a lot of space are proving to be better for solving the housing issue with proper town planning.

Architects are slowly realising that thinking of individual projects is not as nearly effective as building a city as a whole, leading to sustainable development. It can solve the housing problems, sanitation issues, traffic jams, which in turn lead to fewer accidents and noise pollution. Moreover, architects are taking active measures to bring the talent of craftspeople forward. This not only blends modern Indian architecture with its traditional roots but also helps in their upliftment. Not only this, many non-profit organisations are doing their part and working on practical solutions to resolve many problems.

India accommodates different types of architecture, some very ancient and some quite new but to this day the ancient architectural styles impact our modern structures. For modern India, it is important to cater to the changing lifestyles but at the same time preserve the identity of Indian culture by combining ancient and modern architectural practices.

1. What are the types of architecture in India?

2. What is the Kalinga style of architecture?

The Kalinga style of architecture flourished in the ancient Kalinga region mainly in the eastern state of Odisha previously known as Utkal and northern parts of Andhra Pradesh. The style is classified into three main categories namely, Khakhara Deula, Rekha Deula, and Midha Deula.

3. What is unique about Indian architecture?

India has a rich and diverse cultural history and due to it Indian architecture has several styles. On top of that, due to the large geography, varied climate, races and linguistic diversities of the country, almost every region has its own architectural style.