Transfer Of Property Act 1882 Key Factors You Need To Know Before understanding the transfer of property act you must know the term “property” which can be interpreted in a variety of ways. The property includes everything that relates to a person. The legal meaning of property, on the other hand, is quite different. The term “property” is defined by law to include the following items:

The word “property” may be divided into two parts: 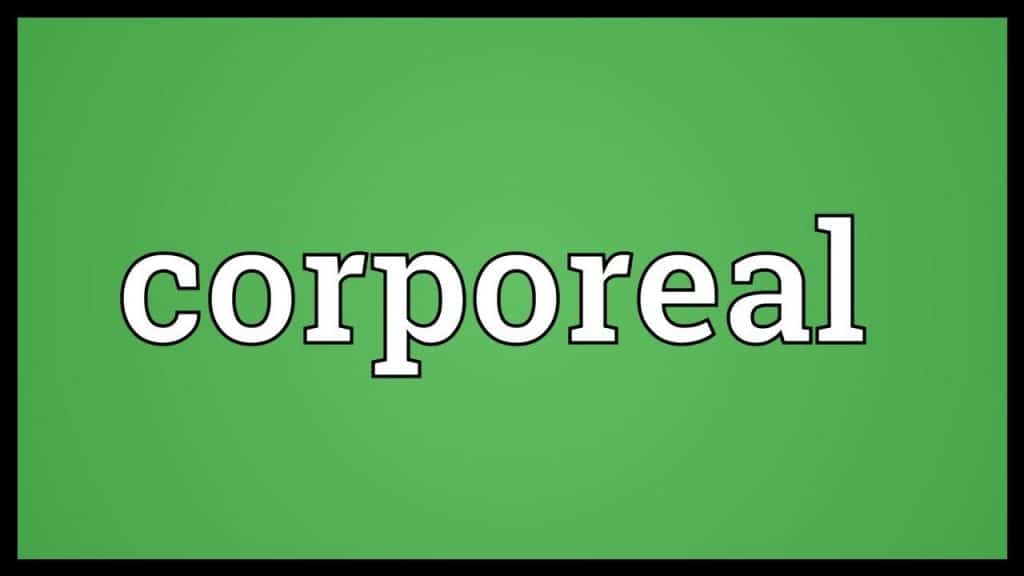 Corporal properties can be further divided into two categories: mobile property as well as immovable property.

Concept Of The Property

When a proprietor is free to claim, dispose of, and utilize the things he owns, he has an exclusive right to those items. The proprietor also has the option of exchanging or gifting the property. The owner has the option of renting, selling, mortgaging, transferring, exchanging, consuming, or even destroying them.

Following are some of the basic principles that you need to follow for Property Rights:

The Transfer Of Property Act 1882: Conditions Restricting The Act

The Transfer Property Act of 1882, Section 10-18, lays out the numerous types of restrictions that can be placed upon that transfer of the property. When the transferee’s (the person to whom the property is transferred) authority to dispose or a transfer of property is limited, this is referred to as “Condition Restraining Alienation.”

Section 10 of the Transfer Property Act of 1882 stipulates that when a transferee is prohibited from alienating the property due to a limitation or “absolute” prohibition, such contracts are unlawful and invalid in the eyes of the law.

Some Exceptions To This Rule

There are basically two exceptions to a transfer of property law. They are:

Absolute Restriction To The Law

The alienation of a property is subject to restrictions. “Absolute restriction” is illegal and invalid in the eyes of the government, according to section 10 of the Transfer Property Act, 1882.

Partial Restriction To The Law

The Renand vs Tourangeaon Case

The property was transferred in this case with the proviso that the transferee does not sell it again for the next 20 years. The Court, on the other hand, determined that such restrictions are not partial rather absolute in nature, rendering the transfer unlawful. Any such agreements are declared unlawful and null under Section 10 of the Act.

For example, if the duration had been 2 or 3 years instead of 20, the requirement would have been regarded as a limited restriction, and therefore would not have been void.

The Rosher vs Rosher Case

Mr. J B Rosher left a portion of his estate to his son in his will. In his will, he also said that his son will only be able to sell this land to his mother, Mrs. Rosher, at a one-fifth rate and to no one else in the future. In this case, the court will be determining the condition that it be sold exclusively to one individual results in absolute restriction, rendering it null and void.

The Meaning Of The Transfer Of Property

The Transfer of Property Act of 1882 defines the transfer of property as “an act by which a live person transfers their property, in the near present or even in the future, to one or more other living individuals or to himself.” Any living person could be an individual, even an association, a firm, or a group of individuals, regardless of whether or not they are incorporated.

Requirements Of The Valid Transfer

The following are the characteristics of a transfer of property, as stated in section 5 of the act:

Person Who Is Competent to The Transfer:

The Mallikarjuna vs Mareppa Case

The property was brought into the name of a minor kid by their guardian in this case. When the son was still a minor, the property was sold after a few years. The sale was deemed null and void by the court because the guardian failed to obtain the required approval under Section 8 of the Hindu Minority and Guardianship Act, 1956. 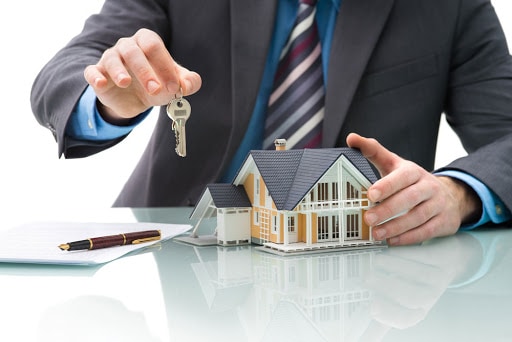 The Transfer of Property Act of 1882, Section 6, specifies which properties might or might not be transferred. Property can be transferred in most cases; nevertheless, the properties listed in this section are not transferable from one party to another.

The phrase “Spessuccessionis” refers to the possibility of a piece of property being transmitted in the future through:

The right of re-entry is discussed in this section. A mere right of re-entry for breach of a subsequent condition cannot be transferred to anyone other than the owner of the property involved, according to the general transferability rule. Clauses like these are common in lease agreements if the lessor seeks to protect or safeguard his property.

It discusses the concept of the easement. It is essentially a right that is linked to the property and does not exist on its own. As a result, such properties cannot be transferred and are prohibited under section 6 clause (c).

It states that an interest in real estate that is restricted to the owner’s personal enjoyment cannot be transferred. If a person is paying rent, for example, he or she is not allowed to transfer the property. It’s also known as the “limited interest clause.”

Pensions awarded to government officials as well as politicians are not transferable, according to the clause. The stipends given to naval, air force and military authorities are also included. A will cannot be carried out in this situation since it can only be prepared in relation to an estate.

No transfer can be made if it is incompatible with the type of interest that is involved. As a result, items committed to public or religious purposes or services are not transferable.

This provision clarifies that a tenant with an untransferable right of occupancy cannot transfer his interest in any way.

Rule of Perpetuity And Transfer To A Child Who Isn't Born A property may be transferred from either a living person to an unborn person according to the Transfer of Property Act, 1882 under section 13. The broad exception to the norm that property could be transferred from one person who is living to another is Section 13-16.

When a person wishes to transfer their property to an unborn child, certain rules must be followed. The “rule of Double Possibilities” refers to the sections of the legislation that have been adopted from England. The following are the requirements:

Before the death of the previous property owner, the unborn should have been born. Existence implies that the unborn child was present in the mother’s womb. If there is no pregnancy, then the property cannot be transferred based on the expectation of a future child’s birth. Therefore, the existence of the unborn child matters a lot in this case.

A direct transfer to an unborn child is not possible. According to section 13, before transferring to an unborn person, the transfer must first be done to a living person. Unless the unborn is born or a trust can be established, a live person can be trusted with the transfer.

The primary principle outlined in Section 13 is that the individual transferring the property must not bind the free disposition of the property for more than one generation. A person could enjoy the estate’s interest until the unborn child is born. The transfer of rights should be completed in the shortest possible time. All transfer rights must be vested in the child as soon as he or she is born. A transfer to an unborn individual is possible, but not to the unborn’s following generation. 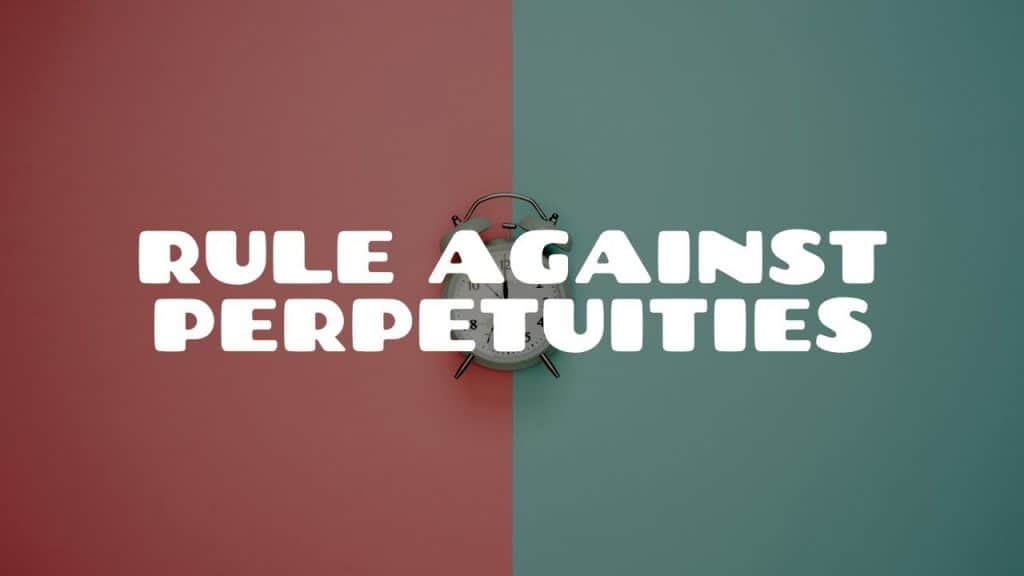 The provisions against perpetuity are governed by Section 14 of the Act.

The major goal of the law against perpetuity is to protect those who want to maintain their property in the family from generation to generation. A situation like this results in a major loss for society. People are deprived of the benefits that come with this property as a result of this conduct. The rule against perpetuity ensures that property is freely circulated and that people not only benefit from it but also contribute to the improvement of that property.

The following conditions must be met under section 14:

The rule against Perpetuity does have several exceptions. They are as follows:

The Transfer Property Act of 1882 is one of many requirements that are to be met in order to transfer a property from one person to another. As a result, when someone wishes to transfer property, it is necessary to contact a lawyer. Engaging in such contracts becomes a simple chore for an experienced lawyer. In addition, all hidden costs can be decreased.

Transfer Of The Property Act FAQs:

1. What are the features of the transfer of property act ?

The transfer in the property and the interest must be between a living person and a juristic person, the conveyance of that property can be done in the present or in the future.

2. What are the essential elements of the transfer of property act ?

One of the most essential elements of the transfer of property act 1882 is, the transfer done from one person to another must be authorized and competent to the contract.

3. When a property can be transferred ?

4. What happens to the transfer of immovable property ?

5. What is the purpose of the transfer of property ?

The main function of the act is to amend and define the law related to the transfer of the property, according to the act the transferring of property is a contract and there are certain requirements that the parties have to fulfill. Shoring is the temporary process of supporting a structure, trench, vessel, or building... Density Of Cement Sand And Aggregate – Your Ultimate Guide For Density!

What Is Density? Let's get started with the basics; what is density and... What Is The Difference Between Carpet Area, Built-up Area & Super Built Up Area

There are a lot of factors that one must keep in mind before...

Flush doors are doors with extremely smooth surfaces that are made by sandwiching...